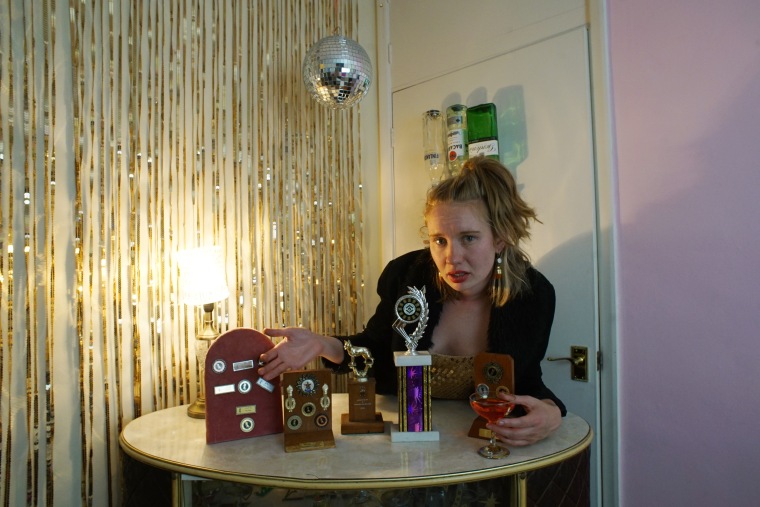 I have worked with Lucy on both Fat Girls Don’t Dance and Essex Girl. Her physical and playful approach to the devising and rehearsal process has encouraged me to take risks and develop my skills as a performer. In short, she’s a legend.

Lucy trained at The Royal Central School of Speech and Drama and works as an actor and director. She is also co-founder and Artistic Director of theatre company Theatre with Legs, through which she has many off-West End credits including Digs (Pleasance Theatre) and Maybe I should Freeze My Eggs (New Wimbledon Studio and Etcetera Theatre).

As well as acting and directing, Lucy is an experienced acting tutor and currently works in major drama schools and prestigious venues all over London. She specialises in acting, movement, comedy and devised theatre.

Suzi takes all my lovely photos. She has also designed my posters and flyers, as well as the book cover of Fat Girls Don’t Dance. She is a portrait and music photographer based in London.

Oberon Books published Fat Girl Don’t Dance in 2017. It includes the script of the show, offcuts and ‘Mirrors’, a short collection of poetry focusing on body image and femininity.

Oberon Books is the UK’s most exciting independent publisher specialising in theatre, drama and the performing arts. Oberon has many of the most original new playwrights working today, and a backlist of over 1500 books including some of the best of British theatre since the 1940s, European and world theatre in translation and classics from the world’s leading dramatists, as well as a wide range of handsomely produced publications covering the theatre, opera, dance, biography, performance studies, monologues, practical guides and fiction.

Battersea Arts Centre have given me space in kind to write and develop both Fat Girls Don’t Dance and Essex Girl. Their support and advice has proved invaluable to my process.

Roundhouse have supported me as a writer and performer since I joined the Roundhouse Poetry Collective in 2011. From getting me my first paid poetry gigs, to booking my shows as part of their diverse and exciting programme, they have pushed me forward as an artist.

I wrote Essex Girl during my time on SYC’s Writer’s Lab. It was shortlisted for the Tony Craze Award 2018 and will be performed as part of Soho Rising. Soho Theatre continue to support me as a writer and perfomer. I am now part of their Soho Writers Alumni Group, affectionately known as SWAG.